Overview
Adult acquired flatfoot deformity or posterior tibial tendon dysfunction is a gradual but progressive loss of ones arch. The posterior tibial muscle is a deep muscle in the back of the calf. It has a long tendon that extends from above the ankle and attaches into several sites around the arch of the foot. The muscle acts like a stirrup on the inside of the foot to help support the arch. The posterior tibial muscle stabilizes the arch and creates a rigid platform for walking and running. If the posterior tibial tendon becomes damaged or tears the arch loses its stability and as a result, collapses causing a flatfoot. Adult flatfoot deformity can occur in people of all ages and gender however, it occurs most commonly in sedentary middle aged to elderly females. There are several risk factors for posterior tibial tendon dysfunction that include: obesity, steroid use, systemic inflammatory diseases such as rheumatoid arthritis, trauma, being born with a low arch, and diabetes. It occurs most commonly in one foot however, it can occur in both feet especially in people with systemic diseases such as diabetes and rheumatoid arthritis.


Causes
The cause of posterior tibial tendon insufficiency is not completely understood. The condition commonly does not start from one acute trauma but is a process of gradual degeneration of the soft tissues supporting the medial (inner) side of the foot. It is most often associated with a foot that started out somewhat flat or pronated (rolled inward). This type of foot places more stress on the medial soft tissue structures, which include the posterior tibial tendon and ligaments on the inner side of the foot. Children nearly fully grown can end up with flat feet, the majority of which are no problem. However, if the deformity is severe enough it can cause significant functional limitations at that age and later on if soft tissue failure occurs. Also, young adults with normally aligned feet can acutely injure their posterior tibial tendon from a trauma and not develop deformity. The degenerative condition in patients beyond their twenties is different from the acute injuries in young patients or adolescent deformities, where progression of deformity is likely to occur.

Symptoms
In many cases, adult flatfoot causes no pain or problems. In others, pain may be severe. Many people experience aching pain in the heel and arch and swelling along the inner side of the foot.

Diagnosis
In diagnosing flatfoot, the foot & Ankle surgeon examines the foot and observes how it looks when you stand and sit. Weight bearing x-rays are used to determine the severity of the disorder. Advanced imaging, such as magnetic resonance imaging (MRI) and computed tomography (CAT or CT) scans may be used to assess different ligaments, tendons and joint/cartilage damage. The foot & Ankle Institute has three extremity MRI?s on site at our Des Plaines, Highland Park, and Lincoln Park locations. These extremity MRI?s only take about 30 minutes for the study and only requires the patient put their foot into a painless machine avoiding the uncomfortable Claustrophobia that some MRI devices create.

Non surgical Treatment
The adult acquired flatfoot is best treated early. Accurate assessment by your doctor will determine which treatment is suitable for you. Reduce your level of activity and follow the RICE regime. R - rest as often as you are able. Refrain from activity that will worsen your condition, such as sports and walking. I - ice, apply to the affected area, ensure you protect the area from frostbite by applying a towel over the foot before using the ice pack. C - compression, a Tubigrip or elasticated support bandage may be
applied to relieve symptoms and ease pain and discomfort. E - elevate the affected foot to reduce painful swelling. You will be prescribed pain relief in the form of non-steroidal antiinflammatory medications (if you do not suffer with allergies or are asthmatic). Immobilisation of your affected foot - this will involve you having a below the knee cast for four to eight weeks. In certain circumstances it is possible for you to have a removable boot instead of a cast. A member of the foot and ankle team will advise as to whether this option is suitable for you. Footwear is important - it is advisable to wear flat sturdy lace-up shoes, for example, trainers or boots. This will not only support your foot, but will also accommodate orthoses (shoe inserts).

Surgical Treatment
Good to excellent results for more than 80% of patients have been reported at five years' follow up for the surgical interventions recommended below. However, the postoperative recovery is a lengthy process, and most surgical procedures require patients to wear a plaster cast for two to three months. Although many patients report that their function is well improved by six months, in our experience a year is required to recover truly and gain full functional improvement after the surgery. Clearly, some patients are not candidates for such major reconstructive surgery.

Cause Of Acquired Flat Foot 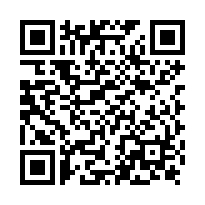